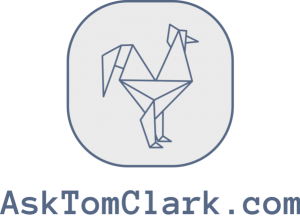 The XY Planning Network and a fee only financial planner based in New York City (who is a member of XYPN) filed a lawsuit seeking to have Reg BI vacated. This is the second lawsuit brought against the SEC regarding their promulgation of Reg BI earlier this year. Yesterday, I wrote a short list of my initial thoughts on the first lawsuit brought by eight state attorneys general. In that post, I suggested more lawsuits could be coming, not knowing a second lawsuit had already been filed by XYPN. Here are my initial thoughts on this lawsuit, again, in no particular order (but make sure to read all the way down to the end to fully understand how this lawsuit is similar but cleverly different than the one brought by the states):

1- For those who may not know, the XYPN, which is a network made up of fee only financial plannings specializing in serving Generation X and Generation Y customers, was co-founded by the omni-present Michael Kitces.

2- Unlike my suggestion yesterday that those seeking to have Reg BI vacated may engage in forum shopping, this second lawsuit was also brought in federal court in the Southern District of New York.

3- The “theory of the case” is similar to the first lawsuit, arguing that the SEC did not follow the alleged mandate required by Dodd Frank and the subsequent commission to create a uniform fiduciary standard for broker dealers and RIAs.

4- XYPN, however, has a different theory for standing, or why they are harmed by Reg BI: “The SEC’s “best interest” rule presents a significant threat to XYPN’s business and to the businesses of its members. It does so in two primary ways. First, XYPN’s business model depends in substantial part on financial planners having an incentive to register as RIAs. By failing to impose a standard of conduct for broker-dealers that is the same as the standard for investment advisers, as required by Dodd-Frank section 913(g), the SEC’s rule reduces the likelihood that broker-dealers will register as investment advisers, resulting in a loss of business for XYPN. Second, the SEC’s rule poses a competitive threat to XYPN’s members. In subjecting broker-dealers to a lower standard of conduct than RIAs, the rule allows broker-dealers to pursue their own financial interests even when providing the same financial-planning services as RIAs, while also reducing their legal exposure. And the rule does so while using the label “best interests” to refer to the lower standard of care applicable to broker-dealers, making it more difficult for RIAs to differentiate the fiduciary duty they owe—and their own “best interests” standard of conduct—from the duty owed by broker-dealers under the rule. This results in a competitive disadvantage to XYPN’s members, who sign a fiduciary oath to act in client’s best interests. And this competitive harm in turn injures XYPN by increasing members’ risk of failure and thus reducing membership fees.”

5- The fee only firm, Ford Financial Solutions, led by Julie Ford, says this about how Reg BI harms her and her firm: “Ford believes that the SEC’s “best interest” rule will allow broker-dealers to have an unfair competitive advantage in attracting new clients that she would otherwise serve. Specifically, Ford is concerned that, under the new rule, consumers will not be able to effectively differentiate the duty that she owes clients from the lower duty broker-dealers owe clients, which will harm her ability to attract new customers. Ford is also concerned that, under the new rule, broker-dealers will be able to provide the same advice that she does while having a lower level of responsibility to clients, fewer regulatory obligations, and thus less legal exposure.”

6- Broker dealers are able to provide financial planning services and avoid operating under a fiduciary standard thanks to an interpretation published at the same time as Reg BI which excludes from the definition of investment adviser a broker or dealer ‘‘whose performance of [] advisory services is solely incidental to the conduct of his business as a broker or dealer and who receives no special compensation’’ for those services (known as the ‘‘broker-dealer exclusion’’).

7- I see the logic in bringing this suit in the SDNY because the claims are similar enough as those brought by the states and it is likely the cases will be consolidated. I still think we can expect to see additional lawsuits brought (and maybe/probably in different court(s)). Missing from the mix thus far are consumer protection groups who will seek to represent the views of the customers who purchase advisory services.

8- These plaintiffs also seek to have Reg BI vacated, as in erased from the Federal Register, but the nature of the claim (and public comments made elsewhere) is that its possible a judge could down the road fashion a narrower remedy by redefining the “solely incidental” interpretation. In plain English, the plaintiffs in these cases could lose on the theory that the SEC was required to create a uniform fiduciary standard for both broker dealers and RIAs, but still get a win by dramatically expanding the definition of services that would require a broker dealer to act as a fiduciary. Broker dealers will be forced to act under the fiduciary standard or risk losing customers because of their inability to provide a wide array of services. Note that change to the interpretation is not what is asked for in the complaint (the complaint requests that Reg BI be vacated), but nothing stops the plaintiffs from amending their lawsuit in the future. What is the likelihood of such an outcome? No one can predict at this point what will happen. All we can do is follow the cases and do our best to prepare for all possible outcomes.